The Best Advice You Will Ever Get About Misbehavior In A Blended Family!

If anyone ever implies to you that raising children in two separate homes, with two sets of rules, is an easy task, please disregard their statement. It is far from the truth!

This family dynamic is challenging for anyone and everyone involved because establishing rules and relationship are two of the greatest frustrations of any blended family home.

This reality became very clear to me one summer when my children had an especially difficult time adapting to being back home with me after their summer visit.

Every summer, when my children return home from their visit with their dad, there is an adjustment period. This period can be a few days or a few weeks, depending on what new habits they have formed or what rules they need to be reacquainted with. This particular summer, we were in Florida and had planned a trip to Disney World once they returned. This was a seemingly good idea during the planning process (since it cut out paying for them to fly home just for them to turn around and fly to Florida), but in hindsight, the trip could have waited until they had gone through their usual re-adjustment.

Establishing rules and relationship are two of the greatest frustrations of any blended family home.

Nevertheless, we had already had the pleasure of enjoying ten days of peace and calm on our trip before they joined us. Once we reunited, the first six days of their return consisted of me constantly being the referee of arguments, bickering, and yelling.

It felt like they entered, and Peace jumped ship.

Now I don’t at all blame this behavior on their visit because I know that fighting and bickering isn’t accepted in their other home either. I am fully aware that children need an adjustment time to get back into the routine of things (which at times can feel utterly frustrating none the less) and since we weren’t actually at home, they were still out of their normal atmosphere.

But as I paid attention to the issues that were arising, I noticed that some of the problems that were causing them to get in trouble weren’t rule-based, they were character based.

So I decided to take some time to lean into this issue a little more by having a conversation with both of my children.

“What in the world is going on with you two?” (Sorry, I wish I could say that my approach was a little nicer but I was trying to replace my annoyed mommy hat with my patient mommy hat and they caught me in mid-transition.)

“ Why do I keep having to talk to you all. Since you’ve been here, it just seems like you both keep doing things that you shouldn’t. What is the problem?”

“Having one set of rules there and another set here. We don’t know which ones to follow. So we do what we are allowed to do here and do what we’re allowed to do there. Then it’s hard to stop doing something at one house that you can do at the other house!”

I paused. There it was. That was the problem.

I honestly had never considered this. It made so much sense, but I was still transitioning hats (so to speak), so I kept listening as they both, my 8 and 11-year-old, continued to explain their frustrations.

As I listened, what I learned was that although my children weren’t necessarily allowed to do things like fuss and fight at both houses, the consequences differed at each home based on the perspective of the parent.

Children need a constant and when they don’t have one, they become rule breakers and benders.

This internal conflict makes adjusting to two homes challenging because the child doesn’t know which parent is responding correctly to the situation. They don’t know whose perspective to build a moral compass upon.

Here is the reality regarding children in blended families, misbehavior is often a camouflage for moral confusion.

So how can we develop a constant that helps our children navigate this blended family life?

We teach them the value of character.

This is what I learned as I talked to my children that day.

As much as I wanted to remain angry and annoyed because their arguing almost ruined my vacation, I realized in that moment of transparency, that they struggled with something that many children in blended families struggle with. Their need to develop personal character!

Since children in blended families have to adjust to changing rules and values from one home to another, it’s harder for them to adopt a set of values that define who they are. Often they tend to just go with the flow based on the rules that are governing them at the time in the household they are currently in. This differs from a child in a traditional family that develops a value system based on a single household and the parents that reside in it.

Children within a blended family deal with feelings of uncertainty and confusion as they try to adjust to the different rules.

As adults, we understand that rules always change. Rules change from one job to another, one state to another, and one country to another. So there is great value in our children learning to adapt to changing rules. Knowing this, our job as parents isn’t to massage the discomfort they feel concerning rule changes, but rather to equip them with the tools to help them learn to adapt to changing rules. This is done through character building.

As I empathized­ with my children’s struggle, I used that moment to teach them what a personal value system was and its correlation to having good character. I explained to them that if someone values respect and respect is a part of their character, then even if an opportunity comes along for them to be disrespectful, they will choose not to participate in it because it goes against their values. Now if they decide to respond to that person with disrespect, they don’t necessarily break any rules, but they do compromise their good character.

With this example, I helped my children to understand that what a person values determines what they do and who they are. If someone values respect, they show respect, which means they are respectful. Rules don’t frazzle a person with good character and a solid value system because good character is formed by values and values are reflective of the rules they honor, and that govern them every day.

At the conclusion of my conversation,  I wrote several statements and questions on a piece of paper for both of my children to answer separately. One of the statements said:

“I am…” (three blank lines followed those words)

I encouraged them to fill in the blank lines with three characteristics they desired to define them. These items had to be specific character traits that would help them adjust to changing rules.

After they filled in the blanks, I explained to them that they would be saying these I AM statements often because speaking aloud affirms and brings life to what is being said.

They agreed, and we ended our vacation much better than it had began.

I believe that with them having values unique to who they desire to become, rules will not need to govern their experience within both homes in the same way it did in the past. Rules can now be a safety net to catch them if they need to be reminded of what they value, or what they desire to model through their character. They now have a constant no matter where they go. 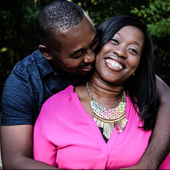 Banana Split with NO Bananas

How Step Parents can Learn to Love Bio Parents

Join us for our 2019 Blended Families Fast!

How to Survive Anything